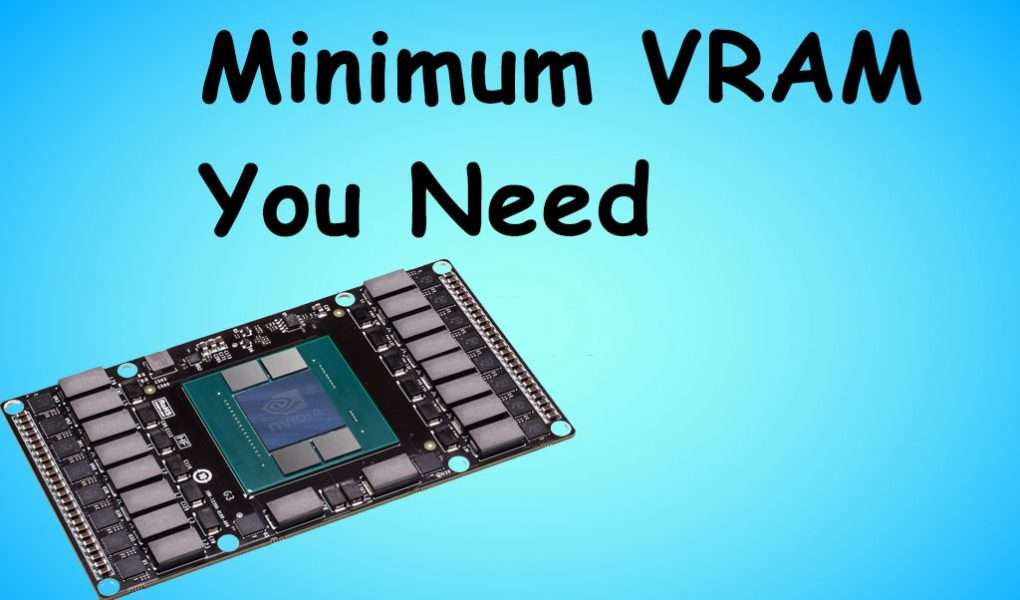 VRAM or Video RAM is the dedicated amount of memory on a graphics card used for processing graphical tasks. It acts as a frame buffer between your processor and monitor. Images are first processed by your processor (CPU) and then sent over to VRAM which then transfers them over to your display screen. So, the job of VRAM is to render complex images and textures on a GPU.

The amount of VRAM that you need entirely depends upon the type of workload you’ll throw on your graphics card. For a business workstation where you don’t rely on heavy graphical workloads, an integrated GPU on your motherboard would be enough. However, for high-end gaming and complex graphical applications, you have to go with at least 4GB of dedicated VRAM on your graphics card.

Modern-day graphics cards are equipped with GDDR type video memory also known as Graphics Double Data Rate memory. For computers that heavily rely on intense graphical function, having enough VRAM is as important as the SDRAM on your computer. So, how much VRAM do you really need in order to tackle your graphical workload? We will answer this question here today.

To make things simple, we would be dividing this guide into video memory needed for gaming, video editing, and photo editing/graphics designing.

How Much VRAM Do You Need for Gaming?

Most PC gamers measure the performance of a gaming graphics card via VRAM. At the time, there are a lot of other factors that affect the performance of your GPU in gaming, but everything starts from VRAM. The amount of VRAM on your card allows you to scale up your image quality while shortening the image loading time.

The good amount of video memory needed to run a game at 1080p settings is different from that of running the same title at 4K settings. For hitting higher resolutions in PC gaming, you’ll need a powerful GPU that packs more VRAM in it.

Modern AAA games demand a certain amount of VRAM on your graphics card to run smoothly. At the time of writing this article, most games that you’ll find in the market need at least 6GB of VRAM for smooth gameplay.

Here’s a table to explain all of this in a better way:

We always recommend going with a 6GB graphics card if you are more into gaming and prefer better image quality. Having a 6GB graphics card is the bare minimum for PC gaming these days. Especially, if you want to play modern AAA titles at 60fps settings, then this much VRAM would be enough.

As the minimum system requirements for gaming are climbing higher each year, the amount of VRAM needed to play games is increasing as well.

Meanwhile, gaming on 240Hz gaming monitors will need you to have a GPU that is capable of hitting higher fps like the ones in this guide.

But when it comes to pushing resolution even further up to 4K, it’s better to go with a graphics card that comes with at least 10GB of VRAM.

However, in applications like DaVinci Resolve or Vegas Pro that give you an option to fully utilize GPU acceleration, having a higher amount of VRAM would definitely improve your rendering performance. In this case, any GPU with a dedicated video memory of between 4GB to 8GB could do a great job of rendering videos faster.

So unless you are editing videos at 1080p or higher settings, you won’t have to worry about having enough VRAM on your graphics card. However, when it comes to scaling up to higher levels and adding more fancy effects to your videos, here’s the table you need to follow.

Moving down to the programs that don’t involve motion graphics, the requirement for VRAM also decreases as well. Applications like Adobe Photoshop or Adobe Illustrator don’t see any performance gains even if you put a high-end graphics card on your computer. At this stage, a 4GB graphics card can handle the Adobe Photoshop workload without any issue.

As you can see in the results in the image above, there isn’t much difference in the performance of all the graphics cards when it comes to retouching your photos in Adobe Photoshop. The RTX 3070 8GB sitting at the top gains a fraction of the score as compared to the RTX 3060 Ti sitting at the bottom.

And this ultimately means that a lower amount of VRAM would be more than enough to edit your images. You really don’t need a premium graphics card with 16GB of VRAM in this case.

Here are the answers to the most common questions that might pop up in your mind.

Yes, the available VRAM can directly affect the rendering performance in a PC. However, it also depends upon the type of program that you are using at the time. For example, if a program does not use GPU acceleration, then there would be no added benefit even if you have a surplus amount of VRAM on your graphics card.

And if a program depends upon a graphics card for rendering performance, then it would only use the needed amount of your VRAM only, the remaining amount of VRAM would have no effect on the performance at all.

Can you increase the VRAM amount on your GPU?

Technically, it’s not possible to increase the amount of VRAM on your graphics card. The only way is to buy a new graphics card with higher VRAM. Another way is to use Nvidia’s NVLink & NV Switch feature in order to share the memory of multiple GPUs on your motherboard. 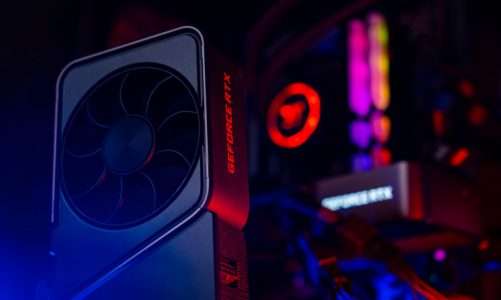 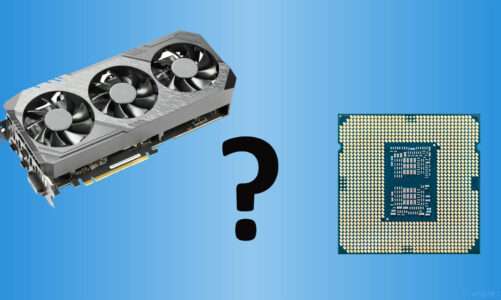