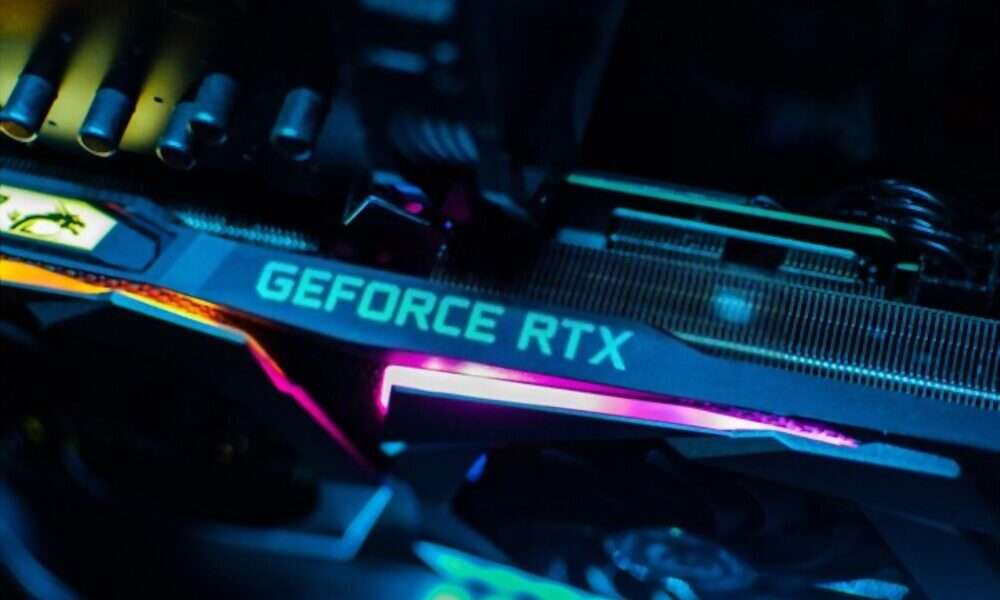 With Nvidia and AMD competing with one another to bring the best graphics cards in the market, it is really hard to find a decent GPU that offers the best value for the money.

Where in the year 2022 most high-end cards have surpassed the budget cap of PC gamers, some mid-range graphics cards still lie in a sweet spot between price and performance.

We have curated a list of the best mid-range GPUs on the market that are great for gaming, and you really don’t need to break your bank account to buy them.

Moreover, we have tested these cards with some demanding titles like Cyberpunk 2077, Red Dead Redemption 2, and Resident Evil Village. The graphics quality was stunning as well as the frame rates.

Some of these mid-rangers from AMD and Nvidia were even able to push these games up to 4K. However, if you play games at 1080p 60fps, all of these cards would really keep up to your expectations.

Here are some of the top considerations:

The EVGA Geforce RTX 3060 XC is the gateway to Nvidia’s RTX 30-Series where we have more powerful GPUs like RTX 3070 and 3080. While this isn’t the cheapest GPU on market, it remains the first priority of many gamers when looking for affordable mid-range video cards.

Now, this isn’t a GPU that you should expect to play games at 4K or 8K resolutions. However, the EVGA Geforce RTX 3060 XC still lets you enjoy the most demanding titles like Resident Evil Village and Red Dead Redemption 2 as far as 1440p without dropping the frame rates.

Although we pushed the limits of this card to play games at 4K, and it did, thanks to 12GB GDDR6 memory. But a drop in the average frame rates made us push back to 1440p settings where gameplay was much smooth and lag-free.

This graphics card lets you have a glimpse of ray-tracing and DLSS technology, which is something that you will love for sure. These two features really make this GPU stand out when we compare it with the same-priced AMD cards in the market.

All in all, Geforce RTX 3060 XC is a GPU that is worth considering if you are upgrading from a low-budget graphics card. It holds all those features that a premium video card has like ray-tracing, DLSS, and the ability to play games at 60fps.

Where most Nvidia flagship cards are out of the range of many consumers, GPUs like Nvidia RTX 2070 Founders Edition sits on a sweet spot between price and performance. It wouldn’t be wrong to say that his mid-range video cards hold more value when compared to their price.

The RTX 2070 knocks off a higher price tag while offering premium features like ray-tracing and DLSS. Honestly, it is one of the affordable Nvidia graphics cards that you can buy right now.

And if you have been a fan of late GTX-Series GPUs, you will see a huge difference in performance when you upgrade to this graphics card. In comparison to GeForce GTX 1070 Ti and GTX 1080, the RTX 2070 Founders Edition has a lower texture unit and stream processor count.

The GPU also has ray-tracing and AI-powered tensor cores, however, these are fewer as compared to the RTX 30-Series Turing graphics cards. But during the benchmark tests, there wasn’t much of a difference in the ray-tracing performance between the Turing GPU lineup.

No doubt, the Nvidia RTX 2070 Founders Edition is a great mid-range graphics card that puts a 4K gaming experience on your desk. It comes with ray-tracing and DLSS capability as well. And, it consumes less power as compared to other Turing GPUs from Nvidia.

The only thing to be concerned about is the lack of enough VRAM. Although this graphics card comes with 8GB of video memory, some AAA games are now pushing beyond this bare minimum VRAM standard. Still, you can play most of those games by sacrificing a bit on texture quality with this card. Also, there isn’t much of a difference to tell when you are playing games between “High” and “Ultra-High” settings.

The RTX 2080 Super has covered a lot of flaws that the older 2070 had a year ago. This graphics card comes with improved ray-tracing performance and the ability to play games up to 4K resolution. Apart from its stock shortage, the RTX 2080 Super remains the foremost choice of every gamer.

This mid-ranger GPU is no doubt the best one that we have seen in the RTX lineup. It doesn’t really make you feel as if you need a more powerful graphics card on your PC. We end up playing the most demanding titles on RTX 2080 Super, and it didn’t betray us at all.

If you are a fan of GPU overclocking, then this card is meant for you. Although it has enough memory bandwidth and clock speed to keep your hands off the overclocking software, it’s really up to you to test its limit if you want. The RTX Super holds 3 powerful fans making it an ideal choice for overclockers to get the best performance in gaming.

We were amazed by the performance of this GPU at 1440p resolution. And hit over 60fps at 1440p settings even with the most graphically demanding PC games.

We did manage to jump resolution to 4K as well, the performance was not too impressive, but it was way better than an RTX 2070 GPU. At least the games were playable without any lag at 4K settings.

Finally, this is one of the best mid-range graphics cards for 4K gaming or 4K video editing considering the price and features it offers.

By paying less money, you can enjoy the benefits of having a high-end GPU in your gaming rig. Also, this is one of the best GPU to pair with a 1080p 144Hz gaming monitor to achieve over 100 fps in AAA titles.

Although the RX 570 isn’t the very best graphics card out there, it still is one of the best mid-range AMD graphics cards considering its lower price and good performance in 1080p gaming. Even though there is a much better RX 580 card on the market, RX 570 still is the first choice of many budget geeks out there.

The XFX Radeon RX 570 RS Black Edition packs more power than the normal RX 570 card. It has more memory bandwidth and clock speed to handle modern PC games at 1080p settings. Yes, we cannot expect this card to go over these settings, at least not with a GDDR5 interface.

Obviously, at a lower price, you will have to compromise on some features. With the 8GB GDDR5 memory and 1.3 GHz it would be hard to scale the resolution up to 4K, but playing at 1080p wouldn’t be a problem at all. If you really need to push this card over to 1440p, it might get there as well, but in some titles only.

Overall, installing RX 570 Black Edition on your PC will give you a slight edge in playing demanding games. If you really want to excel in gaming, we recommend you to go with an RX 580 GPU which costs a few more bucks.

Specs of the PC Used in Testing

Here are the main specifications of our gaming PC, the one we’ve used for testing these mid-level GPUs.

Here are the average fps we got while playing Cyberpunk 2077, Red Dead Redemption 2, and Resident Evil: Village on these mid-tier graphics cards.

Whenever buying a mid-range graphics card, consider the following factors:

So these were some of the good mid-range graphics cards that we’ve rounded up in our guide. Now, if you really rely on a tight budget, there isn’t a better option than RX 570, which surely is the cheapest GPU on our list.

But if you pay a bit more, it’s worth going for an RTX 2070 that packs more value and features at a very affordable price.

Like it has all those features that you expect from a good-performing mid-range GPU. Features like Ray-Tracing and DLSS are trending in the gaming world right now, and RTX 2070 holds both of these just under the $1000 price range.

Finally, if you really don’t care about cash and need a powerful GPU, the RTX 3060 XC would be a great consideration for unparalleled performance.

RTX 3060 XC is a graphics card that beats many high-end GPUs in terms of price and performance. You can play many hit gaming titles at 4K resolution with this graphics card.

What type of workload can you throw on a mid-range graphics card?

Firstly, it depends on the specs and features of the graphics card. But most mid-range chips can easily handle 1080 60fps gaming without any hassle. For example, the Nvidia RTX 3060XC has plenty of video memory, so you can even scale the resolution all the way up to 4K quality in some titles.

As far as the content creation workload is concerned, every mid-range video can let you edit and render videos and photos at 4K quality.

Do mid-range GPUs deliver better value for performance as compared to high-end cards?

Definitely Yes, a mid-range card gives you the most bang for your buck in playing games and editing content at high-quality settings.

Sometimes, there’s just a small amount of performance juice that users need out of a graphics card. And if you have a high-end graphics card installed, you’ll hardly squeeze that extra watt of power out of it.

Every mid-range chip in the market can let you play games and create content at high quality just like many high-end cards.

So, if you need a limited amount of performance out of a graphics card, let’s say 1080p 60fps, then it’s better to invest in a mid-range chip rather than wasting your money on a high-end video card.

Also, 1080 60fps is the bare minimum that gamers expect out of a graphics card, which any mid-range card can easily achieve even if you max out the settings.

Not every card, but some upper mid-range GPUs can let you hit 4K resolution by tweaking your in-game settings. And this is where we can draw a line between a mid-range and a high-end card. Playing games at 4K needs you to have a powerful graphics card, it’s surely not the type of workload that a mid-range chip can easily handle. 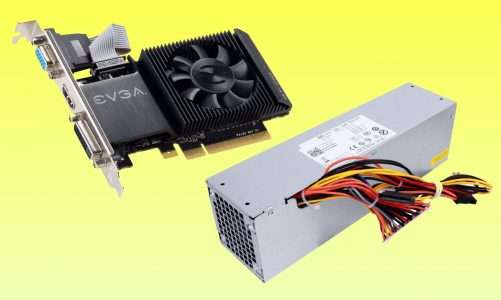 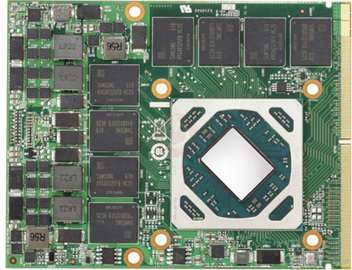 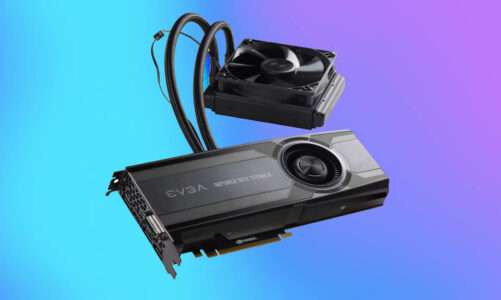