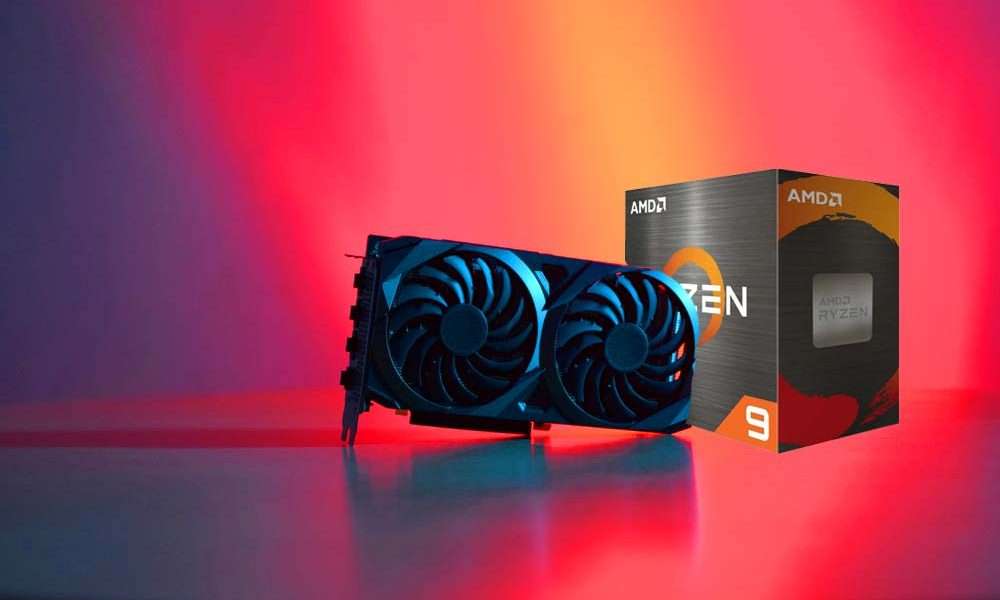 The AMD Ryzen 9 5900X is one of the most reliable gaming CPUs in AMD’s Zen 3 architecture. With 12 cores and 24 threads on hand, the Ryzen 9 5900X can crush any AAA game that you’ll throw on it. However, to squeeze more gaming performance, you’ll need to pair Ryzen 9 5900X with a reliable graphics card.

Now, there’s not much difference in the performance of Ryzen 9 5900X and 5950X, so the cards that we’ll list here would deliver more gaming juice with either version of this CPU. It’s not just about the gaming, but you can also expect decent rendering, video, and photo editing performance out of these cards.

So if you are building a gaming PC or a professional workstation, these graphics cards would deliver optimal performance with Ryzen 9 5900 & 5950X CPUs.

List of the Best Graphics Cards for Ryzen 9 5900X

Here are the top considerations from our side:

The RTX 3080 comes with plenty of video memory to scale your gaming experience up to 4K. It’s more of a future-proof card for playing AAA games, rendering content, and dealing with any complex graphical workload.

If you have opted for Ryzen 9 5900X CPU, then it’s obvious that you are after building a high-end gaming PC. To add more grace to your gaming rig, it’s worth having a powerful graphics card like the RTX 3080 sitting in the PCIe x16 slot.

The EVGA RTX 3080 is the second most powerful card after the RTX 3090. It syncs perfectly with a higher refresh rate screen and can let you play your favourite games or edit content at 4K quality.

Apart from its powerful specs, there’s another reason this card has made up our list. According to Digital Trends, the RTX 3080 is now being sold cheaper than its list price. This one that we’ve listed here from EVGA costs less than $900, so this is the right time to grab one of these high-performance cards.

If you are upgrading from a lower-end graphics card to an RTX 3080, then you’ll see a great boost in performance while gaming and content creation.

So far, the RTX 3080 delivers exceptional performance in 4K video editing, 4K streaming, and 3D rendering. The only graphics card that beats out the RTX 3080 in content creation workloads is the RTX 3090.

Overall, the EVGA RTX 3080 is a true performer and can crunch any graphical workload that you’ll throw on it. There’s a 12GB version of this card as well, but there’s a negligible difference in the performance of both versions.

The only thing that you need to care about is the power supply. This card pulls out around 320W power out of your PSU. So, you’ll need to have a higher wattage power supply in your system to make it work properly.

It’s a reliable graphics card if you want to play games at 1440p resolution without compromising on the graphics quality. The RTX 3070 Ti squeezes out every ounce of performance to play AAA games or create content at higher quality.

The RTX 3000 cards dominate the market when it comes to taking every watt of performance out of your CPU. And this is the reason you’ll find RTX 3000 family chips in the gaming rigs that are fueled by high-end CPUs like Ryzen 5 5900X.

There’s not much difference to tell when it comes to picking between an RTX 3070 vs RTX 3070 Ti graphics card. The RTX 3070 Ti, however, gives you a nice little boost in clock speed and some extra CUDA cores. This means you’ll get a bit more frame rates while playing games on an RTX 3070 Ti than on a standard RTX 3070.

The AMD Ryzen 9 5900X has plenty of cores and threads to deliver optimal performance in gaming as well as content creation workload. And to keep up with the pace of such a powerful CPU, the ZOTAC RTX 3070 Ti would be a decent and affordable pair.

At 1080p settings, the ZOTAC RTX 3070 ti manages to hit over 100+ FPS in Assassins Creed Odyssey. In PUBG, the average frame rates were above 150+ FPS in intense battle scenes. These numbers are considerably less compared to what we gained with an RTX 3080, but at least these are well above the 60fps milestone.

All in all, the RTX 3070 Ti gives you the best price-to-performance ratio with a CPU like Ryzen 9 5900X if you are dealing with games, 3D rendering, or high-quality video editing. But keep in mind that it’s a power-hungry card like the RTX 3080, so you’ll need a high-watt power supply to fuel this beast.

This card gives you a massive amount of video memory to deal with complex graphical workloads up to 8K resolution. Furthermore, out of the box, you get a boost clock speed of 2340 MHz to hit higher frame rates in the game.

If there’s any card from AMD that gives a tough time to Nvidia’s RTX 3080 in gaming, then it’s the RX 6800 XT. It’s worth mentioning that the only lead that RTX 3080 takes over this card is in ray-tracing and DLSS. And if you are not a fan of ray-tracing or DLSS, then RX 6800 XT would be the most affordable to go with.

This RX 6800 XT from XFX is pre-tuned with a higher boost and game clock speed for optimal performance in AAA gaming. There’s no need to overclock this card as it’s already been boosted by XFX to achieve 2340 MHz under intense workloads.

One of the most noticeable features of this card is its bigger 16GB video memory. Although it features standard GDDR6 instead of GDDR6X memory type, it still crushes many high-end cards from Nvidia’s RTX 3000 family. Again, the only card that beats out RX 6800 XT is the Nvidia RTX 3090.

If you are building a gaming PC for 1440p or 4K gaming, then pairing Ryzen 9 5900X with XFX RX 6800 XT GPU would double up your frame rates. This card comes with double the amount of VRAM than that of an EVGA RTX 3080 graphics card. So, at least you won’t be limiting down on the VRAM for the next few years.

The RX 6800 XT is the first card from AMD to challenge high-end cards from Nvidia. But even with its massive VRAM and higher clock speed, it doesn’t knock off Nvidia from its throne. The ray-tracing performance on this card is not even closer to the entry-level cards in Nvidia’s Ampere architecture.

The XFX RX 6800 XT puts strong DirectX 11 4K gaming performance on the desk for $800. The overall performance of RX 6800 XT is better in games that support DirectX 11 natively. But if you want to switch to DirectX 12, then Nvidia’s RTX 3080 would give you much better performance in it.

The RTX 2060 is a solid 1080p gaming card to pair up with Ryzen 9 5900X processor. It comes with entry-level ray-tracing and DLSS support and would be ideal for someone planning to step into Nvidia’s RTX world on a limited budget.

Although the video memory on RTX 2060 is just 6GB, it still manages to deliver ideal performance in most AAA titles. At least this card sits on the sweet spot between the price and performance where adding a little more cash would bring you a card with more VRAM and clock speed.

Some third-party GPU manufacturers are also offering RTX 2060 with 8GB of video memory, but this won’t give any significant performance benefit. We think that the 6GB version would put less stress on your pocket while giving you the same level of performance that you could expect out of an 8GB version.

The area where the RTX 2060 shines out is the ray-tracing and DLSS. Although it has the first-generation ray tracing and tensor cores, these are still enough to get a peek into how games look when ray tracing is turned on.

At the moment, there are only a few games that support ray tracing, it’s worth going with RTX 2060 to see how this new technology enhances your gaming experience. This card is perfect for handling games at 1080p quality, so you can turn on ray tracing and see if you really need to buy a better ray-tracing-enabled graphics card later on.

We managed to play a few games on RTX 2060 at 1080p ultra settings and it didn’t turn us down. In Assassins Creed: Valhalla, the RTX 2060 along with Ryzen 5 5900X managed to hit on average 50 to 55 FPS. Unfortunately, we didn’t touch the 60fps as the Valhalla needs a graphics card with more VRAM.

Overall, the RTX 2060 shows impressive performance with CPUs build on AMD’s Zen 3 architecture in 1080p gaming. In many advanced AAA titles, it easily hits the 60fps milestone. By retouching your graphics settings, you can even play some games at 1440p resolution on this card.

Go for this card if you want better 1080p 60fps performance, but don’t consider it for 4K gaming. It’s an affordable chip to step into Nvidia’s ray-tracing world without putting a hole into your wallet.

Here are the specs of the machine that we’ve used for testing these graphics cards:

So, these were some of the best graphics cards for AMD Ryzen 9 5900X CPU. Now comes the hard part, which one of these would deliver the most performance with your Ryzen 9 processor? Well, if we had to pick from one of these, then it would definitely be the EVGA RTX 3080. Not only this card delivers superb 4K gaming performance along with ray-tracing, but it’s also selling at a very affordable price tag right now.

Here are answers to some queries that might come up in your mind:

Yes, the Ryzen 9 5900X is highly compatible with the RTX 3080 graphics card. You can play AAA games at 4K quality with this combo. Apart from gaming, you can expect high-quality video rendering, 3D rendering, and photo editing.

Yes, the AMD Ryzen 9 5900X will deliver decent gaming performance with the Nvidia GTX 1660 Super or Ti version. However, the limited amount of VRAM on GTX 1660 Super will limit you to 1080p resolution only. If you want to game at higher 1440p or 4K quality, then you’ll need to pair a high-end graphics card with Ryzen 9 5900X. 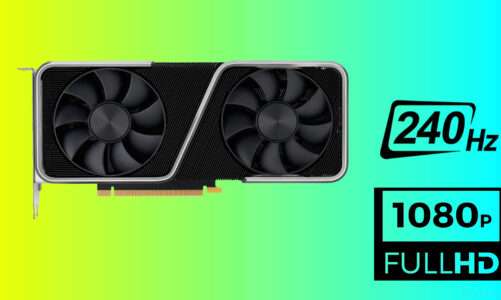 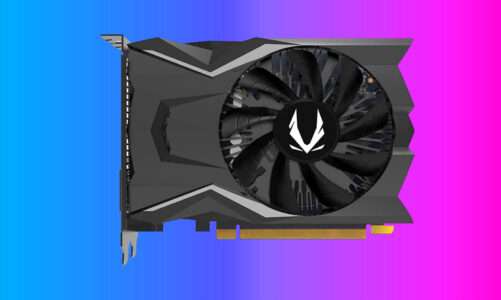 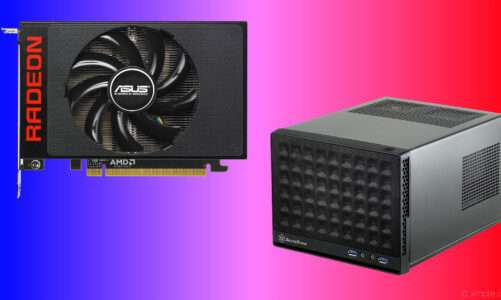